I have continued to play rugby and I am enjoying it more and more every session. I now train with Canterbury and the London team, so that’s 4 times a week! I’m certainly getting fit if nothing else!

Since my last post I’ve played in 2 rugby weekend tournaments, the first was the final league weekend so at the end the league positions were final! The top 2 teams have the opportunity to be promoted with a play off game and we went into the tournament in 2nd place.

The weekend had its ups and downs and our captain in the first game injured his hand. Unlucky for the team but the silver lining was, our captain is my competition and I got a lot more game time than I usually would and this gave me the chance I needed! We won 3 out of 5 and finished 2nd! That weekend I also won best in class. This means I was the best in my position for the ability I had I over the duration of the tournament. I was buzzing!!!

The second competition was the national shield and our playoff game to be promoted, we wasn’t ready for division 1 but it was our first game against a division 1 side and it would be interesting to see how we got on. The score was 62-32… To them! Although admittedly we had a bad game they were literally out of our league, excuse the pun! The whole tournament for me was very disappointing as we only won 1 out of 5 games and I got very little game time! It’s annoying to end the season like this, I wish it was in reverse and the best competition was last! 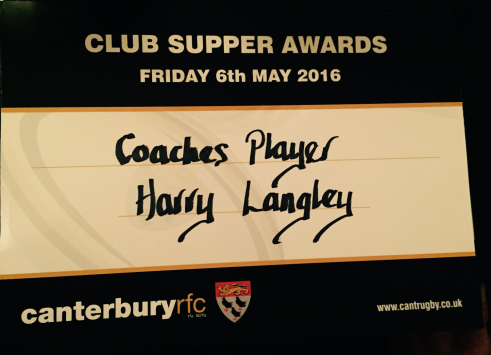 The training continues throughout the summer but the league weekends start up again in October! I plan to have a challenging pre season so I’m fit starting the first game!